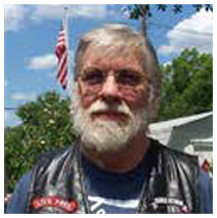 Kelly Ford is a natural born Texan in the first year of the Baby Boomers. His paternal grandmother in May, Texas entertained him in the summers of his youth. The TIMECRAFT idea came to him during those years, as he explored a wide range of books including Grolier’s Book of Knowledge, a twenty volume set. He painted everything from scare crows, barnsides to fences, then graduated to canvas. He enlisted and served in the U.S. Air Force from 1966 to 1970 volunteering to Korea after the Pueblo Incident. He endured 177 college credits until he graduated from SWT in 1988, however his class ring shows SWTSU. He continued writing to both relax and tax his spare time. Now as he turns 75 even though mostly housebound he hopes the fruit of his new book will take on a Renaissance flavor to save countless souls even with our pandemic. It was written as a quick read to reach the widest audience. The book: “The 72 Hour Authentication of the Christ: Christ’s Only Sign” is available in eBook, PB and HB.