The 72 Hour Authentication of the Christ: Christ’s Only Sign 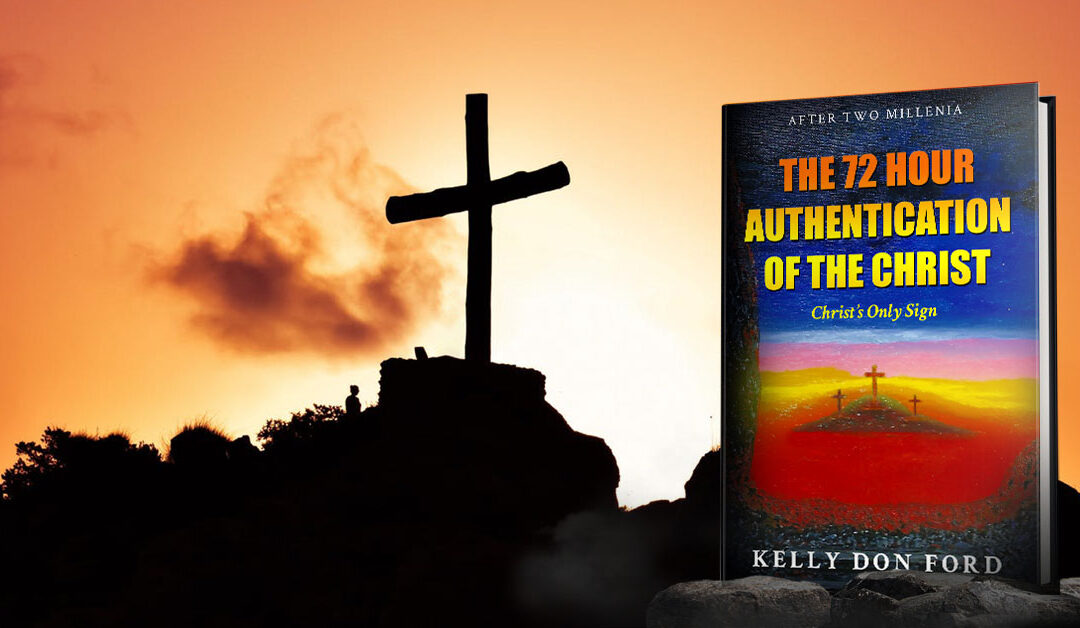 Over 20 years ago in 1998 I published a book in 2 parts. Part 2 chronicled Jesus complete equation of his 3 days and 3 nights in the heart of the earth plus finding the correct time of arrival and departure there. This solution absolutely proves that he is who he said he is. Since my publication we have been bombarded with more and more incorrect answers and solutions in the way of books, websites and videos. This is something we can attend to now and in the process save vast numbers of souls within the world’s growing population. How so? Remember the noun BELIEF? It’s a necessary ingredient in and of any and all salvation scenarios and happens to be the common denominator. BELIEF? In whom? Jesus. Yet many in our world don’t. Oh, they believe he existed and most believe he was a Prophet and a good person. Because Christendom has not incorporated the 72 hours of the Bible connection into their belief system the others who don’t believe feel they don’t have to. And the reason will surprise you, really surprise you. Jesus coming here had much to do with fulfilling all prophecy concerning him. The one we are focusing on is the time he was in his tomb before resurrection and when it began and completed. The timing of it had to add up end to end. This book is the only full and complete revelation of this time period and connection. To make it easier for us it is all found in the Holy Bible without addendum to doubt or cause confusion. The sooner each one of us carries this word to others  the vast percentage of unbelievers who don’t or won’t believe because of the false timelines can believe and be saved. They say Jesus didn’t fulfill his ONLY SIGN to an evil and adulterous generation which means to them he made himself out to be an impostor. After my first book , “Ancient Signs of Deception”, I got some phone calls from different religions who were upset that I got it right. The rest of the so called solutions didn’t bother them or their agenda and haven’t until this day. My goal, because of the unbelief that is taxing the world now, is for every Holy Bible to have as a reference my new book: “The 72 Hour Authentication of the Christ: Christ’s Only Sign”. The paperback cost is a lot less than others. There are major religions who won’t accept Him and it is due to the refusal for whatever reason or belief that it doesn’t matter what souls believe in this regard. and where this detrimental belief originated is with Good Friday, because that belief alone is losing a majority of souls on this planet, from sunset Friday until sunrise Sunday is only 36 hours, only half the time he said in Matt 25. Stay with me.